The objective in this section is to locate the city’s neighbourhoods where multiple deprivation is elevated. Similar studies have been developed in several countries (the UK having probably the largest number) and they are based on variables related to quality of life e. The content of this section is based on work in progress about multiple deprivation in Athens and in the region of Attica (Arapogou et al., 2021; Karadimitriou et al., 2021; Karadimitriou et al. 2017).

The method followed in order to map multiple deprivation is rather simple, but innovative nevertheless, insofar as the study of deprivation in Greek cities is concerned: The variables used were provided by the 2011 Population Census. Either very high, or very low, values in some areas indicated the presence of issues of potential concern. These variables cover three sectors: Employment, education and housing. For each of these sectors, a deprivation index was calculated. The sum of these three indices is the index of multiple deprivation (IMD).

Each variable in every spatial unit of analysis (URANU) was attributed a deprivation index value according to its average and standard deviation, in the following way:

1-7 = range of values of deprivation indices

Table 2 shows the content of residential area σ grouped according to the IMD. Values in this table are location quotients, i.e. multiple or submultiple values of the mean of each variable for the whole city. For example, the percentage of the unemployed in the area group with the lowest index of deprivation (group 1) is  0,69 of the mean of unemployment, while in those with the highest index (group 6) it is 1,75 times the mean.

Table 2 shows that the variables that really make a difference for the areas of intense deprivation (group 6) in respect to their average city values are: living in irregular housing, housing without heating, early drop-out from education (15-18 year old), unskilled employment, lack of housing space per capita, housewife status for women, and unemployment. In these deprivation areas young people and immigrants from developing countries are overrepresented —mainly from the Indian sub-continent— although these variables were not used to calculate the index of deprivation.

There are three key observations regarding the spatiality of multiple deprivation during the period 1991-2011:

(1) Multiple deprivation in the periphery, especially in the west of Attica, remains stable insofar as its location is concerned.

(3) In the centre of the Municipality of Athens, north of Omonoia Square, an area has emerged where multiple deprivation has increased dramatically. Deprivation in that area used to be low or moderate and now is high. 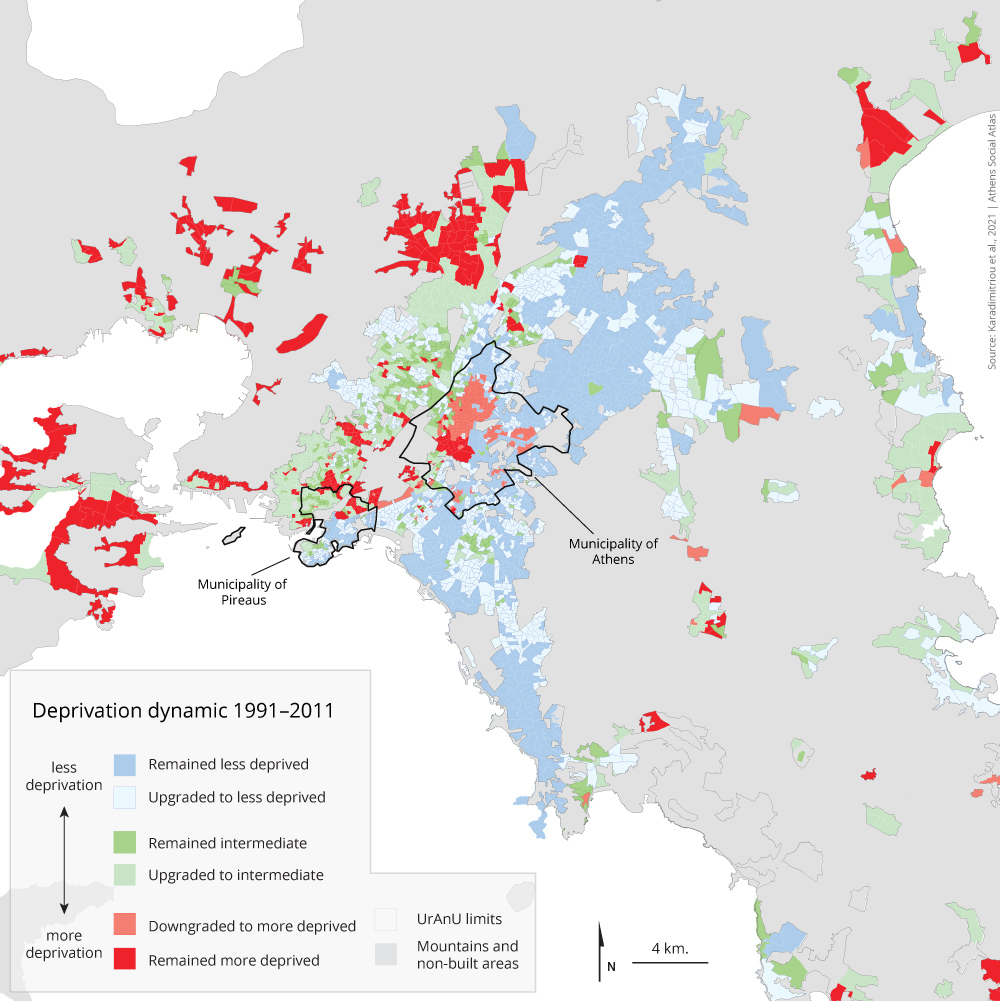 Map 4: The spatial and temporal dynamics of multiple deprivation in Athens (1991-2011)

This article and the relevant publications mentioned in the list of references are the last papers we jointly worked on with our beloved friend and colleague John Sayas who passed away on 15/7/2020.